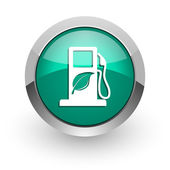 Biofuel is a type of fuel whose energy is derived from waste plant and animal matter. Biofuels include fuels derived from biomass conversion as well as solid biomass.

Biofuels represent an immense growth area around the world and have an important role to play in displacing the types of fuels the world has used in the past.

Biofuels can come from a wide variety of sources and can be roughly divided into four categories or “generations:”

Background of Biofuels development in Nigeria
Nigeria presently has a policy on bio-fuels development which is the Nigerian Bio-fuels Policy and Incentives (2007). The Policy Document was approved by the Federal Executive Council on June 20th, 2007 and gazetted as a national bio-fuels policy at the same time. The Nigeria National Petroleum Corporation was given the mandate to create an environment for the take-off of a domestic ethanol fuel industry. The aim is to gradually reduce the nation’s dependence on imported gasoline, reduce environmental pollution while at the same time creating a commercially viable industry that can precipitate sustainable domestic jobs.

The framework of the policy and the incentives is meant to create an enabling environment that is expected to sensitize and catalyze the development of the country‘s bio-fuels industry. The bio-fuels programme constitutes a major and unique attempt to integrate the agricultural sector of the economy with the downstream petroleum sector, while fostering the use of other renewable energy sources. The 2007 policy document however contains some lapses identified by stakeholders; these include:

However, in 2010 PPPRA was given Ministerial directive to undertake review of the Nigerian Bio-fuels Policy and Incentives (2007). The review was absolute and was concluded in the same year.

The objective of the programme is to firmly establish a low-carbon economy by utilizing agricultural products as means of reducing carbon emission from fossil based fuels. The policy shall link the agricultural and energy sector, with the underlying aim of stimulating development in agricultural sector.
Specific to automotive use, the policy will allow:
A the Minister of Petroleum Resources make appropriate regulations pursuant to his powers under the petroleum act whereby Biofuels blends shall become available for sale and use within Nigeria.