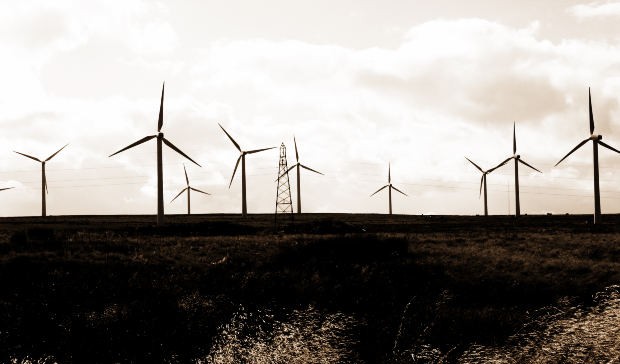 Renewable Energy – This is generally defined as energy that comes from resources which are naturally replenished on a human timescale such as sunlight, wind, rain, tides, waves and geothermal heat.[2] Renewable energy replaces conventional fuels in four distinct areas: electricity generation, hot water/space heating, motor fuels, and rural (off-grid) energy services. Worldwide investments in renewable technologies amounted to more than US$ 214 billion in 2013, with countries like China and the United States heavily investing in wind, hydro, solar and biofuels. Various forms of renewable energy include the following:

Sunlight Energy: Solar energy technologies include solar heating, solar photovoltaics, solar thermal electricity and solar architecture, which can make considerable contributions to solving some of the most urgent problems the world now faces

Wind Energy: Wind energy is a green energy source and does not cause pollution. • The potential of wind power is enormous – 20 times more than what the entire human population needs. • Wind power is renewable and there is no way we can run out of it (since wind energy originates from the sun). • Wind turbines are incredible space-efficient. The largest of them generate enough electricity to power 600 U.S. homes. • Wind power only accounts for about 2.5% of total worldwide electricity production, but is growing at a promising rate of 25% per year (2010).

Tidal Energy: This energy is one of the oldest forms of energy used by humans. Indeed, tide mills, in use on the Spanish, French and British coasts, date back to 787 A.D.. Tide mills consisted of a storage pond filled by the incoming (flood) tide through a sluice and emptied during the outgoing (ebb) tide through a water wheel. The tides turned waterwheels, producing mechanical power to mill grain. We even have one remaining in New York- which worked well into the 20th century. Tidal power is non-polluting, reliable and predictable. Tidal barrages, undersea tidal turbines – like wind turbines but driven by the sea – and a variety of machines harnessing undersea currents are under development. Unlike wind and waves, tidal currents are entirely predictable. . The total world potential for ocean tidal power has been estimated at 64,000 MWe. (Megawatt electric)

Geothermal Energy: This is thermal energy generated and stored in the earth, this form of power is cost effective, reliable, sustainable and environmentally friendly but has historically been limited to areas near tectonic plate boundaries. The long-term sustainability of geothermal energy has been demonstrated at the Lardarello field in Italy since 1913, at the Wairakei field in New Zealand since 1958, and at The Geysers field in California since 1960. Mechanisms for deep geothermal heat extraction and power generation, including dry-steam, flash-steam and binary-cycle.

Biomass Energy: Biomass is biological material derived from living, or recently living organisms. In the context of biomass for energy this is often used to mean plant based material, but biomass can equally apply to both animal and vegetable derived material. Biomass is carbon based and is composed of a mixture of organic molecules containing hydrogen, usually including atoms of oxygen, often nitrogen and also small quantities of other atoms, including alkali, alkaline earth and heavy metals

Hydro Energy: Hydro energy is simply energy that is taken from water and converted to electricity. Hydro energy can be obtained by using many methods of capture. The most common method of using energy from water is a hydroelectric dam, where water coming down through an area causes turbines to rotate and the energy is captured to run a generator. Power can also be generated from the energy of tidal forces or wave power, which uses the energy created by waves. Many countries in the world use hydro energy for conversion to electricity. Canada maintains the highest use, while the United States comes in second. One of the main reasons that hydro energy is used is that it is a renewable energy, meaning it will not be depleted over time and it will consistently be replenished. It is also a clean energy source, as it does not emit any toxins. Other reasons that many want to use hydro energy is that it is cheaper than using other methods to convert energy to electricity. It is also reliable and can be used almost immediately when turned-on to meet the demand for electricity.